Android apps market. “Playstore” is known for its apps that come and go just like that. Every week we get a whole lot of apps, games, updates any many more. But which app to go for? Here is a list of the top and the best free android apps of this week.

The famous combat aka hit strategy game, that was awaited by many has finally entered the dimensions of the Android market. The game that has been described as an EPIC by many, is based on the fact that you are the major source of inspiration to your clan. And you have the responsibility to raise your clan to the apex position. There is an amalgamation of all sorts of combative techniques and strategic moves that keeps you engrossed. Have you ever thought of customizing that small LED that blinks when a notification comes. Now its possible, android market has come up with this new app called Frozen LED, where you can manage the LED by giving it suitable colors, the time duration and many other handy ideas. One of the legendary football managing games is here in the marketplace. Now you can control over 400 clubs from about 21 different leagues held all around the globe. Choose your team, give them the necessary instructions, selelct your key players and notify their real aim, and many more. The all new Microsoft Remote Desktop application lets you connect to a remote PC and your data from anywhere you are. It lets you feel like a boss, where you can do anything that you generally on your PC. The anti-malware software is now an app, with all the same features and some recent updates. Protect your device from all the malwares, maintain your privacy anywhere you go, and detect all the spywares, trojans that are fishing around in your device. So, these were the apps that are making the talk of the town. The apps were released this week, and are on the go. Download these apps from the Android market and have fun. Wait for the other set of apps that will be available next week. With all the best apps under its bower, the Google Playstore is about to reach the paramount. 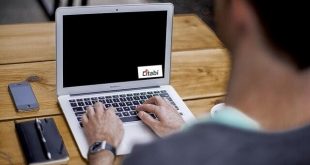