Home » Education » Importance Of Test Series In The Preparation For IAS

Importance Of Test Series In The Preparation For IAS 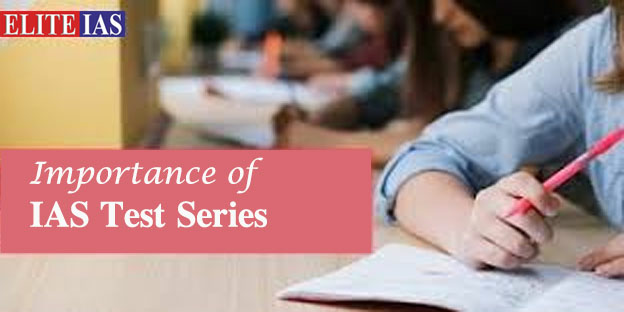 Test Series plays a highly important role while preparing for the IAS exam. Nobody can deny that UPSC tests the candidates in several ways. Knowledge alone is far from being sufficient in order to clear the exam.

UPSC looks for effectively capable Civil Servants who can put their knowledge to good use with a sharply analytical and aware mind.

The candidates allowed by UPSC to join various cadres should not only be aware of all the facts related with any of the tasks they are entrusted with but should also be able to analyze the situation well and arrive at the conclusion that should be justifiable to all.

Thus, it cannot be denied that though the IAS aspirants are expected to have a thorough knowledge of various subjects/topics, etc., to answer the question paper well, their answers should represent the qualities that UPSC looks for in the potential Civil Servants.

This explains why IAS Test Series is widely believed to have a role more important than you might have perceived while answering the very first of the Test Series.

Quite a few of the ways in which the practice of frequently answering the Test Series helps a candidate prepare for the IAS exam are described below:

It helps out for the manner of answering as per the directive: Many of the candidates do not pay enough attention to the directive that accompanies the question. For example, the question might ask you to DISCUSS, ANALYZE, etc., after a specific statement, etc., is mentioned.

Various types of Directives might follow a statement/opinion etc., in the question paper. Apart from what the statement etc., says, you should pay proper attention to the Directive as well.

It will help you answer accordingly. Solving the Test Series frequently would help you realize the same more often. Thus, it would only serve to equip you better for answering the IAS Prelims and Mains in a far better manner.

However, it should not be forgotten that the practice of attempting to answer the Test Series, can, by no means, replace the significance of knowledge. You are likely to choose the correct answer if you have the knowledge of the same. Thus you are required to study thoroughly.

But, it, of course, is equally true, that the confidence gained by answering the Test Series frequently is definitely to going to minimize the chances for the negative marking when you finally attempt the Prelims. It is so because practicing the Test Series frequently may increase the likelihood of choosing the right answer after a little consideration, even if you do not know the same initially.

It sharpens the answer writing skills for the Mains exam: As already said earlier, UPSC does not look for individuals with a lot of knowledge gained from books or whatever the source might be.

It only looks for the candidates with sufficient knowledge and an analytically aware unprejudiced mind. And UPSC is going to make an assessment if you have all these qualities by evaluating your answers specifically for the Mains exam, and later how you face the Interview.

Thus, answering the Test Series frequently would help you develop all the writing skills that UPSC looks for. Your answers should present an analytically aware, unprejudiced mind.

Along with GS Test Series, you should also join Essay Test Series – it contains 250 marks and so should not be ignored. It has been observed that students take Essay paper casually, they think it doesn’t need preparation and they can write it spontaneously. This attitude is detrimental and may cost in the exam.

Finally, it must never be taken for granted that just answering the Test Series one after another is going to be sufficient. As the answer booklets are evaluated, the faculty members are likely to let you know the positive features as well as the drawbacks.

And you are required to strengthen the strengths further and alleviate the problems due to any of the weaknesses by implementing the suggestions made by the faculty.

Thus, it obviously implies that drawing the optimum advantage out of the practice of answering the Test Series as frequently as possible, itself requires a sharply analytical and aware mind.

Last, but not the least, (rather it is of paramount importance), a famous saying goes that practice makes a man perfect. And the same rule applies to the IAS aspirants as well.

The more you answer the Test Series, the greater is the probability that you would reach nearer perfection. It would help you face the IAS exam finally with greater confidence, the lesser probability for negative marking and an optimized scope for scoring higher.

Besides, you will find that your increased confidence has taken care of any kind of the impulsive approach in the examination hall that might have made you panic.