Are you looking for the best tabletop video games to play in your spare time and get maximum fun? You have arrived at the right place to know some top games.

Back then in the ’90s, before this digital era, life was just simple. A simple life meant a smooth life, one without much to think or worry about. One can easily see this in the development of gaming across the decade.

Eventually, games became more complex and story-based as it found its way into the computer, gaming consoles, internet, and finally mobile phone as well.

But don’t you miss the old board games? When every time our friends or cousins came over we used to break open the newest board game and have some super amazing family time.

Check out 10 of Tabletop simulator best games that are sure to help bring those flashbacks to life! 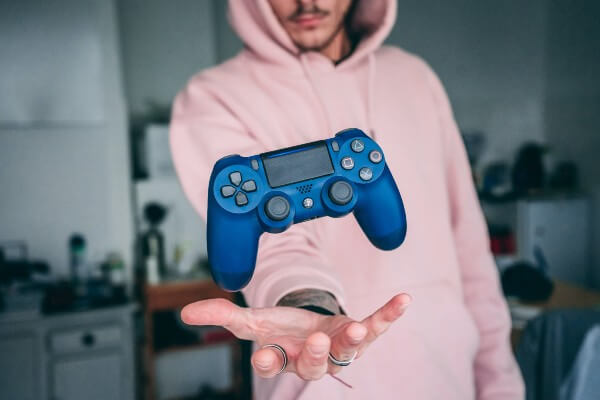 It’s every kids’, from the ’90s, wish to catch ‘em all and become a Pokemon Master! The Pokemon trading card game is now available online! That means tougher competition and more challengers.

The Pokemon Trading Card Game Online allows players to battle against all of their favorite Pokemon. Collect all the Pokemon cards to become a Pokemon Master.

Battle against computer-controlled challengers in the Trainer Challenge. Fight against friends or other trainers around the world with Versus Mode.

In Tournament Mode, fight against trainers from around the world to win cool rewards. You can also unlock various booster packs after winning battles or by using redeem codes that come with Pokemon Trading Card Game products.

Like in the Pokemon World, the Pokemon Trading Card Game Online also allows players to trade cards. It is one of the best games on a tabletop simulator.

2. Betrayal At House On The Hill

Are you looking for a game that is built on suspense and excitement? A game that you can play with friends? A game based on a horror theme? Then look no further than Betrayal at House on the Hill.

It is one of the best tabletop video games that allows for up to six players and calls for the players to explore a haunted house. The goal of the game is to find the traitor among the players, who betrays the others and sides with evil ghosts and monsters.

Betrayal at House on the Hill is a game that keeps changing after each match as it allows players to build their own haunted house.

The video game is based on the original board game. One can find the video game on Steam. Betrayal at House on the Hill is the ultimate treat for those who horror genre multiplayer games.

It is intriguing, strategic, and cooperative. Explore the haunted house on the hill, fight ghosts and monsters, solve the mystery of who the traitor is, and put a stop to their evil plans.

Heroscape is a turn-based war game. Engage in epic warfare where you battle with or against monsters and various magical creatures. Heroscape is based on the board game by Hasbro.

The game takes place in a three-dimensional setting that has various types of elevations and terrains to battle on. Select units to send for battle; this could mean either a single hero who is super strong or a squad of generic-looking heroes, who will get the job done as a group.

The game has two modes: Quest mode or Survival mode. In Quest mode, achieve the goal to win the match. In Survival mode, engage in an all-out battle to be the last team standing.

The game is for everyone 8 years and above. The game has two sets of rules: one set includes simple rules that are easy to understand and follow for younger players, whereas the second set of rules is a bit more advanced and for older players.

Dungeons and Dragons is the most famous tabletop video game ever created. It was one of the biggest hits of the ’80s and has grown across the decades in terms of its popularity and fan-base size.

Nowadays, Dungeons and Dragons (or D & D) has spawned various versions of the game, each with a different theme.

Dungeons and Dragons, needless to say, can be described as Pop Culture icon that either works well with other Pop Culture icons or helps to create new ones (like hit Netflix series Stranger Things).

With the growing trend of digitization, Dungeons and Dragons have made the leap into the online domain. This means that you can now play the iconic tabletop game anywhere, anytime, with friends or with other players from around the world.

Create your own character and live your fantasy! Whether you are a hero or an anti-hero, you decide! Create your own story and set off to adventure in various mystical worlds.

Fight all kinds of magical beasts and become a conqueror. The game is an incredible nostalgia ride for both the young and young at heart!

Another incredibly famous tabletop video game is Monopoly. Monopoly is a tabletop game that revolves around finance and has spawned the genre of ‘Business’ games. It is a hit game from the 1930s.

The board game has been a treasured family game for the past eight decades. Like Dungeons and Dragons, Monopoly has also made the shift towards the online domain.

It can be played online with friends or against the computer or lots of other players around the world. The game is available on various online game websites. This one is the best game on a tabletop simulator.

Make investments, sell a property, and try not to get caught by the police (if they suspect your business to be shady). This is the ultimate party game, family game, or timepass game. It has some of the most simple rules, unlike Dungeons and Dragons.

Monopoly is a game that is sure to evoke feelings of nostalgia. The game is turn-based. Try to become the richest player with the most wealth whilst trying to drive your opponent to bankruptcy at the same time.

The game requires a lot of strategizing. The players take up the roles of ‘settlers’ or ‘rulers’. They are required to create as many settlements as possible in the land of Catan. The player who has the biggest out-reach wins.

You can play the online version of the game with friends and other players around the world. Or you can play against the computer artificial intelligence (A.I.).

The game is available on various platforms: Google Playstore, Appstore, Steam, and online. If you are looking for the best games for the Tabletop simulator, this one is the right choice.

With paid add-ins such as Seafarers and Cities & Knights, conquer lands, and battle opponents. Create your own avatar and dive into the world of Catan! The game is highly competitive but its rules are quite easy and simple to understand and follow.

Are you interested in a game that is quite different from most other tabletop video games? Then look no further than Red Dragon Inn. Red Dragon Inn is a high speed, multiplayer game. Unlike most other games, in Red Dragon Game the story picks up after having raided dungeons and battled monsters.

Put your mouth where your gold is at. Gamble with the other players and let’s see whom luck favors. Steam allows interested gamers to play the video game version of Red Dragon Inn, which is based on the original tabletop card game.

Battlestar Galactica the board game was a multiplayer game that was based on the TV series of the same name. The video game Battlestar Galactica: Deadlock also involves protecting the rest of mankind from the dreaded Cyclons. Commandeer a fleet of starships and engage in battle against this terrible foe.

Strategize the best means to take down the enemy and stop their goal to annihilate mankind. Battlestar Galactica: Deadlock is an amazing strategy game that contains amazing 3D graphics and is undoubtedly a visual treat for gamers.

In the online version of the game that is available at Steam, play as your favorite Star Trek character. This best game for the Tabletop simulator is one of the ultimate choices.

This a cooperative game. It involves strategy as you defend the U.S.S Enterprise from enemy attacks. This is an ultimate science-fiction game that has a huge fan following and nostalgia factor associated with it for older fans of the Star Trek franchise.

To win the game, players need to work together to complete five unique challenges, whilst keeping at least one section of their starship’s hull intact.

10. The Binding Of Isaac: Four Souls

Originally a card game, The Binding Of Issac: Four Souls is available on Steam.

The player controls one among various players. The objective of the game is to defeat bosses to collect lost souls. The players can either help each other or compete to see who wins by collecting four souls first.

Try out these Tabletop simulator best games and see which one best suits you. Tabletop games were once a thing of the past, but now they have made a comeback thanks to digitization. Now you can play them anytime and anywhere. The whole world forms the other players. Bring on the nostalgia!