When the Smartphone Market is hitting by newer devices with upgraded technology, and new features are introduced in every month, everyone will have the common tendency of getting their phone upgraded.

Buying a refurbished cell phone, you might be a fan of high-end devices, and you don’t have enough money to afford one, yes the refurbished device is one which you can rely on budget friendly choices.

Most of the modern smartphone that is available as refurbished are, iPhone 6S, Samsung Galaxy Edge S7, One Plus 3T, HTC 10, Moto Z, Huawei Nexus 6P which are available for pretty good price tags.

Not only these premium segment devices are available to buy, but the Mid-range devices and the budget segment cell phones are also selling.

What Is A refurbished Cell Phone, Exactly Is?

If you’re confused with the term like me, when you hear it for the first time let me tell you it is nothing but the Used Cell Phones, but it’ll not feel like a used one since it’ll be completely reset like it is a new device.

The refurbished cell phones will be tested and repaired by experts, so it does even work like it was just built and packed out the factory as the device will be cleaned by the reseller.

So far we’ve discussed the refurbished cell phones, and if you’re confused about buying a one compared with the used phones, well I’ll show you the pros of getting the refurbished ones.

But still, we can’t go further without mentioning about the used cell phones.

If you look at the cell phones which have been kept in the local markets, then you can notice the difference in the first look itself that most of the user data would still exist in the device.

It may have bloatware’s, and even personal data may also be there. Another major problem with the used devices are, the original warranty will become void once it has been sold to you.

If you’re still not convinced of buying the refurbished, or make sure how better it would be saving our money from choosing its original version.

Why Can You Go With The Refurbished Cell Phone?

The 5 reasons I quoted here will give you a better idea about the refurbished cell phones, and make the smart decision of by buying one after reading this. 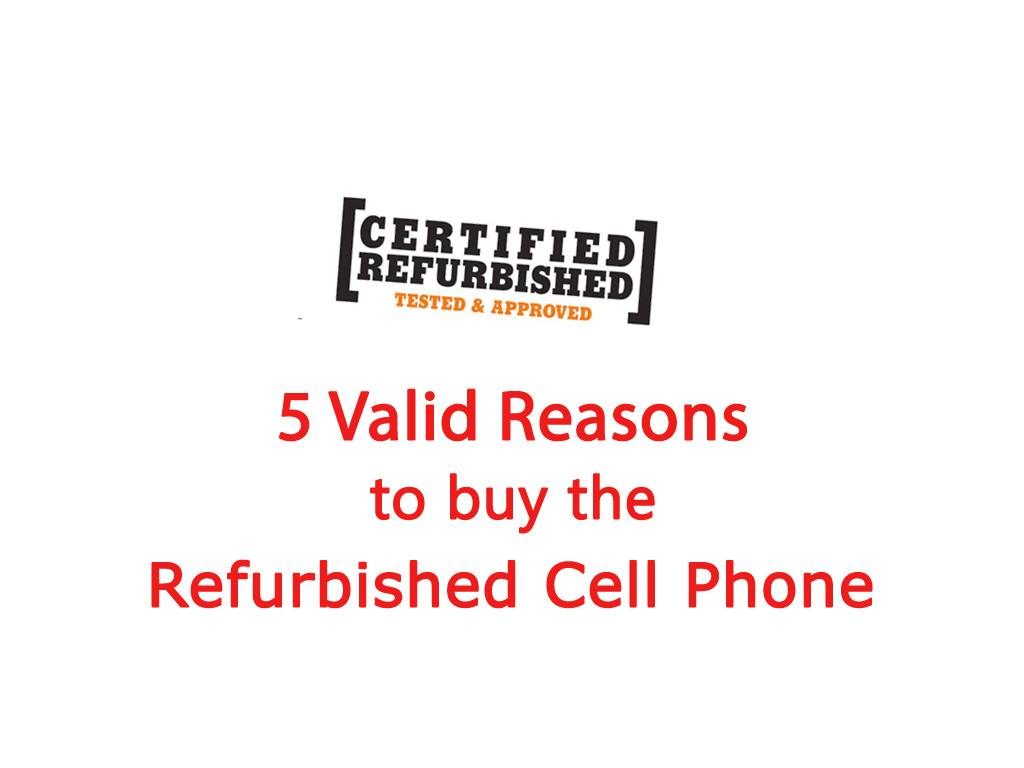 1. Save your hard earned money buying a device of your choice

Money Matters!! The best thing about the used cell phone sale is the affordability, and even the premium cell phones will have a much lower price tag under this section.

So if you’re thinking, you can’t buy a fresh premium smartphone, stop worrying and go for its refurbished models.

Nowadays most of the manufacturers and the popular resellers have started selling the refurbished cell phones at much-lowered prices. Also, make sure, the prices of its parts are also available for non-luxurious prices.

2. The Quality is assured by the reseller

Most of the online smartphone retailers who are selling the refurbished devices, they usually use the cell phones which have been returned due to defects, or due to minor problems.

The company will repair, then check it properly and will be certified to look and work like new and sell them as certified refurbished handsets.

The resellers like Quikr have a 30 point inspection list. Also, they will give a 6-month warranty which the original device has 1 year of warranty period.

If you bought the device and isn’t satisfied with it, don’t need to worry you’ll have a 7-days of time replacement guarantee period that too without any further allegations.

There won’t be anyone who hates the latest technology upgrades; it is so obvious that they’ll love to change the upgraded device once it becomes available with affordable price tag.

The most of the refurbished devices itself are the best choice for these kinds of people, to save some money and choose their favorite device with all the first user benefits.

4. Reduction to E-waste and Saves the Environment

The e-wastes are reportedly found increasing every day, and the more places on the earth are becoming a landfill. Still, the old phones and their dedicated parts are being highly recycled to manufacture new smartphones, and there is a limit for that too.

The refurbished smartphones are so helpful in reducing the e-wastes since the defect product is repaired and reused, which saves the device being dumped into the waste pits.

5. Buy your favorite device at the lowest price.

It is another important reason for buying a Refurbished phone, once you have failed to get the device which you love to get it, only because the manufacturer has stopped making it, the refurbished stores can save you.

And those devices selling as refurbished will be priced pretty decent way.

So with these points listed here makes a lot of sense in buying the refurbished cell phones, and you won’t regret paying the original price and getting disappointed by its specifications and features.

The refurbished devices are more like buying the fresh device itself, also more reliable dealers like Flipkart are introducing their exclusive refurbished cell phone store.