Pokemon has certainly become one of the most loved games in the Universe. Almost everyone is in love with the beautiful Pokemon characters in the game.

The Pokemon Go has certainly taken the world by a storm and it has become one of the most beautiful games to play for.

The craze for the game is certainly growing big and it has no become one of the most wanted games globally. Within a month of the release, the Pokemon Go has received a huge acceleration in sales making everyone to actually crave for.

However, a lot of gamers are not being able to download the game; here are some of the similar games for Android users. Check out the Top 6 Amazing Pokemon Go Alternatives to Play!

Best 6 Games Similar To Pokemon Go To Play In Android 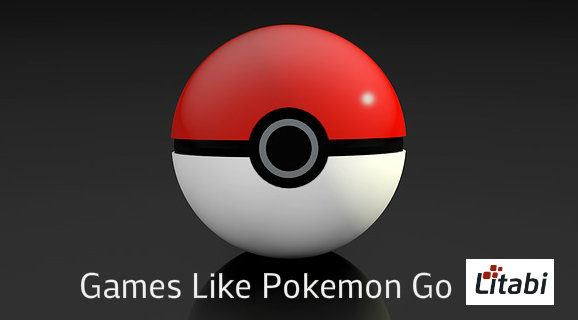 If you are just willing to play games like Pokemon, you shall love to use the Bulu Monster game. It is very similar to the Pokemon Go game, but the Interface is a touch better. You shall be tasked with a variety of creatures.

Overall, there are more than 150 creatures which will definitely and make up for better results. You can level up and a lot of the interaction with the other players. It can come against real people via online PvP.

You will love the way it works and also engages every user. It is indeed one of the best ways by which you can get a good time.

The Beastie Bay is basically developed by Kairosoft. It is one of the most authentic games similar to pokemon that you may love to get. The game is basically a mixture of a monster catching game where are the user’s needs to catch their favorite monsters.

The concept of the game is somewhat same as Pokemon Go, but the graphics are different. The Sim in the city also allows you to get the best out of your needs. You can easily try to build the city and planting crops and managing all of the resources.

You can then enjoy the weirdness and the action of the game to make your time more interesting. The game includes actions from catching them to battle them out. Overall, it is one of the perfect Pokemon Go alternatives.

The Father.io is one of the best Pokemon Go type games and you would love to use them. It is, in fact, one of the latest things that you can love to go with and also make a count of them. Also, the game is just available in a Beta Version that makes the game to be much more special in different ways.

However, if you are playing the game and willing to get a wish for it, you would love it and make use of the game. The Father.io game brings up more than one of the best results that can bring up the best results.

Also, it is a game that almost everyone would love to play. Especially if you are not being able to download and play the Pokemon Go Game, you would love to get with Father.io.

If you are baffled by the love for Augmented Reality, you must fall in love with the Genesis Augmented Reality game as well. The name goes on to be exactly what you think to be. This is basically a real-time and skill-based game where you can play with the different characters.

Also, the game develops with the myriad attacking skills. All that you need to do is simply to download the Genesis Augmented Reality game in your Android or iOS and you would love to get it. You can play the game both in solo as well as different options.

The Genesis Augmented Reality has some of the top-notch game plays including some characters you would fall in love with. Overall, it is one of the best alternatives to Pokemon Go.

Well, only a few people might have heard about this game but, Digimon Heroes is very much similar to Pokemon Go. In fact, both the games Digimon Heroes and Pokemon Go grew up together. They both come with very similar mechanics.

However, Digimon Heroes is pretty good in its own terms. It has more than 1000 cards to collect. The players will have to win three-card battles against opponents. The various sets of cards include various fusions as well as evolve mechanics.

There are also some special events to help to keep these things interesting. Also, you can download the game for free. You do not have to pay anything extra for this. So with such a game, you will love to use the stimulation.

Ingress is definitely one of the hottest hunting games that you must be eager to get on with. The game is developed by Niantic where you will need to play in a Virtual world. The graphics are exceptional and you shall certainly like it more.

The game is full of competition, mystery as well as intrigue which makes a world one of the most beautiful in the competition. The Ingress has a virtual world which is risked of being overtaken by some forces.

The gameplay requires tactics and much more to deal with. However, if you are just willing to get the game in the best direction, you will certainly love the game.

It has control variations and many other things. You can play the game both while being associated with the game.

You can play games to chill out from the hectic work. If you are a Pokemon fan, here are the Top 6 Amazing Pokemon Go Alternatives to play that you would love to play with.

There might be many other games under the consideration to play in your Android phone, but downloading and playing these games would certainly make you feel good.

All that you need to do is to select any one of them and the play the game. But don’t get addicted to them!