Home » Games » 4 Games You Should Be Playing On Your PC

4 Games You Should Be Playing On Your PC

Searching for something to play amid your library of over a hundred games? Yeah, that happens to a lot of gamers, PC players especially.

Games on the PC are usually dirt cheap. They also regularly go on sale, with discounts reaching 90% off their value, which leads one to buy a whole collection of games, only to shelf them because they’re too busy to play them all. So many games, so little time.

However, there are several games that you should find time to play. They’re too significant to miss out.

So read on and consider these recommendations. These are some of the best games released in the last couple of years which you absolutely must play. 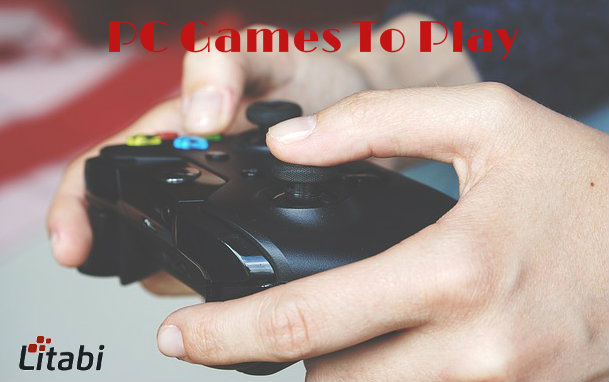 In the off chance that you haven’t heard of the widely acclaimed Witcher series yet, this list will begin with its third entry, The Witcher 3: Wild Hunt.

The Witcher 3 is one of the most beautiful games made in recent years and features a massive world, perhaps the biggest in its genre, filled with over a hundred hours’ worth of content.

Thus, you may want to use a PC with liquid cooling when running the game with the graphics set to maximum so as not to damage or destroy your computer from overheating.

You play as Geralt, the titular Witcher, a mutant and bounty hunter of monsters. You brew potions, craft bombs and traps, and track folklore-inspired creatures that you’ve been contracted to kill or get rid of. That’s the gameplay.

The story revolves around the search for your long-lost surrogate daughter, Ciri, before otherworldly forces find her first and while total war rages in the countries where the game is set.

You’ll also frequently be given choices that can affect the in-game world. Every choice has a consequence, and they are seldom between black or white. Almost always, they’re between two evils, and you must determine which is the lesser one.

The Witcher games are based on Polish author Andrzej Sapkowski’s novels of the same name. The video games take place after the last book in the saga. However, while the first two games only sparingly touched on the source material, The Witcher 3: Wild Hunt does heavily incorporate references and connections to the books.

That said, it isn’t necessary to read the books (or even play the first two games) to understand and follow the main story in The Witcher 3. But it is recommended that you do so.

Are you into tactical squad-based games instead? Then consider getting XCom 2, the second installment of the XCom reboot franchise. (The original 90’s X-Com series had, among other things, a hyphen in each title.)

All games in the franchise share a common premise with a few variations. You are in command of XCom, a multinational military organization created to repel an alien invasion.

In XCom 2, the opening twist is that humanity lost in the first game, with Earth occupied and turned into an Orwellian dystopia (i.e., mind-controlled presidents promoting pro-alien propaganda).

The XCom Initiative has been reduced to a single flying aircraft carrier (like the helicarriers in Marvel’s The Avengers). You now wage a guerilla war from the shadows, coordinating rebels and resistance forces, struggling to liberate Earth.

War of the Chosen is an expansion to the game. Among other new features, it introduces three resistance factions, who mistrust each other, and The Chosen, three elite alien specialists that actively hunt you.

You now have to get those factions together to form a united front against the alien menace, and you must contend with The Chosen, fighting or fleeing as necessary.

The franchise – XCom 2 in particular – is popular for its brutal permadeath rule and ruthless RNG (random number generator).

Many a commander have raged quit after ordering a captain to fire a point-blank “100% chance to hit” shot from a gatling gun, only to miss spectacularly, the alien subsequently critically thrashing the unfortunate soldier cursed by RNGesus, killing them instantly and permanently. That’s XCom, baby.

If you want a greater challenge, you can enable Ironman Mode, which gives you only one save file that updates automatically as you play. You cannot reload an earlier version of that file. Any mistakes you made, any deaths you suffered, you must live with them.

That’s actually how XCom is meant to be played—SUFFERING, err, learning to move on.

Graphics, gore, and guns, not your thing? “Make love, not war,” you say? Don’t worry. The PC, all-encompassing all-inclusive as it is, also has games which can help you relax.

However, you aren’t just limited to planting crops, tediously watering fields, then harvesting produces each season.

You can also fish, woo and marry townsfolk (of the opposite and the same sex!), unearth fossils and artifacts, and even slay monsters lurking underneath the village mine.

You can also search for a dinosaur egg, incubate it, then raise your own Jurassic creature. True story.

Recently, the game got a free content update, which includes multiplayer. Now, you can be a farmhand in your friend’s farm or roleplay your dream of a rustic life with your spouse. Or you can just prance around your kid brother as they slave away in your estate.

Ding, ding. Trivia time. Did you know that a lot of pirates—people who download stuff via torrents—fell in love with the game so much that they bought the game legally?

It’s also worth noting that, unlike the other games in this list which are all AAA, Stardew Valley is an indie game and was made by one person, Eric Barone (a.k.a. ConcernedApe). Perhaps that’s what spurred the pirates’ change of heart, their support for a developer who just wanted to share his passion with the world.

Stardew Valley may be a retro-looking game, a love letter to old-school farm sims, but if it can make a thief turn legit, then you can be sure that you’ll fall in love with the game too.

This one is special. Like Stardew Valley, Undertale is an indie game mostly made by one person, Toby Fox, with help from artist, Temmie Chang.

Actually, it’s difficult to talk about Undertale without spoiling it. Anything said about it may ruin your experience. Because yes, it is an experience. Beyond its simplistic graphics lies a heart, a game so fulfilling that it may likely leave a lasting mark on you. It’s highly recommended that you dive in Undertale blind.

If anything, at least listen to the soundtrack (don’t read the description of the songs; they’re filled with spoilers). It’s amazing. Almost every song was well-made.

Its use of motifs enhances the emotional experience, like an instrumental version of the Broadway hit musical, Hamilton.

Of course, since Undertale is a homage to retro games (specifically to the Mother a.k.a. Earthbound series), it uses a lot of synths and 16-bit audio effects to emulate the 80’s-90’s era, which may make it hard to appreciate the tunes, especially if you’re didn’t grow up listening to such music.

Don’t worry though. Several covers (officially approved by Toby Fox) are up in Spotify and SoundCloud and similar platforms, with different variations to choose from.

Want a chill jazz version? YouTuber “insaneintherainmusic” has a whole album for you. Prefer to rock out with something more energizing? There’s the Determination (Red Side) album by “RichaadEB.”

These games are some of the recent years’ must-play titles. These, among others, have influenced the video gaming industry and culture in their own way.

So don’t miss out on these games. In fact, they often go on sale in Steam! Go check them out now. And game on!