After, a huge success with the Android versions for all the smartphones, Google released the latest update for the Android user’s, called Android 5.0 Lollipop or Android L. With this update news from the Google, most of the smartphone/tablet manufacturers are confirmed to release the expected dates of the Android version 5.0 Lollipop. HTC, Sony, Samsung, Motorola, Nexus and Google Play users have wonderful chance to update their handsets to the latest version. With the news from Google, the craze towards Lollipop has raised too high. Motorola has not yet confirmed the exact dates of releasing the Android L update, but the company has promised to release the update for the following models, Moto X (1st Gen and 2nd Gen), Moto G (1st Gen and 2nd Gen), Moto G 4G LTE, Droid Ultra, Droid Maxx, Moto E, Drooidd Mini. On the official website, the company said, within 90 days the update will be updated and the software is being under development. Once the software is developed, with the legal proceedings and carrier partners, software will be updated.

With the news from the Google, the users of Sony are impressed and eagerly waiting to update the handsets with Lollipop. But the Sony is planning to postpone the release date of the notification, due to another firmware upgrade. The old models of the Sony are getting new upgrades such as Xperia Z, Xperia ZL, Xperia Z Tablet and Xperia ZR. Apart from the older models, Sony is planning to release the upgrade at the beginning of 2015. All the models from the Z series are getting the updates such as Xperia Z1, Xperia Z1s, Xperia Z Ultra, Xperia Z1 Compact, Xperia Z2, Xperia Z2 Tablet, Xperia Z3, Xperia Z3v, Xperia Z3 Compact and Xperia Z3 Tablet Compact.

Seems like HTC is also planning to release the latest version Android L for the family of HTC One. The company said that it would take at least 3 months of time to release the upgrade version of Android. They also mentioned the models like HTC M7, HTC M8, HTC One Mini and HTC One Mini 2 will get Android 5.0 Lollipop update.

With the release of the upgrade, the Google has announced the Android 5.0 Lollipop will be started within a month of time. Google has also claimed that the with the edition devices of Google Play, Nexus will also get the upgrade version of Android l. The models from the Nexus are Nexus 4, Nexus 5, Nexus 7 (1st Gen and 2nd Gen) and Nexus 10.

LG has also joined the arena of Android Lollipop, but they didn’t announce the exact dates of the upgrades. We can expect the forthcoming models of LG such as G3 and G2 with the latest Android version.

Samsung is also in the race to upgrade the handsets, but there is no word from the company. We can expect the upgrade option for the Galaxy S5, Galaxy Note 4 and other newest Galaxy Tablets.

Google has recently launched the mobile operating system, Android Lollipop 5.0 aka Andriod L. This is the biggest Android update and thus most of the users puzzling with a question “Will my Andriod device be getting the Lollipop update?”. Not only the above discussed brands, OnePlus and Nvidia have promised that their customers will get the Lollipop update. So, let’s wait and see which devices will get this big Andriod update. 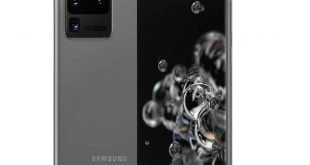