4 Industries That Will Benefit Immensely From 3D Printing Technology

The way technology has been evolving these past few decades; even astronauts will soon have it easy on their next space excursion. In 2013, the Systems and Materials Research Corporation (SMRC) partnered with the National Aeronautics and Space Administration (NASA) to build a $125,000 prototype for—among all things—a 3D pizza printer!

Now, we probably won’t perfect 3D-printed food within the next couple of years, but we have certainly made great strides when it comes to 3D printing a lot of other things—from everyday trinkets and medical prostheses to machine components and entire houses.

How does 3D printing differ from traditional printing, and how will that technology be important to all of us?

This delicate additive manufacturing procedure is accomplished with the help of motion control systems that employ linear stages for 3D printing, specifically split-axis gantry systems that are ideal for high-accuracy and high-duty cycle applications that allow for repeated and accurate translation of the print head.

Indeed, 3D printing as a modern production method is likely to impact and revolutionize more than a few industries. What are they? 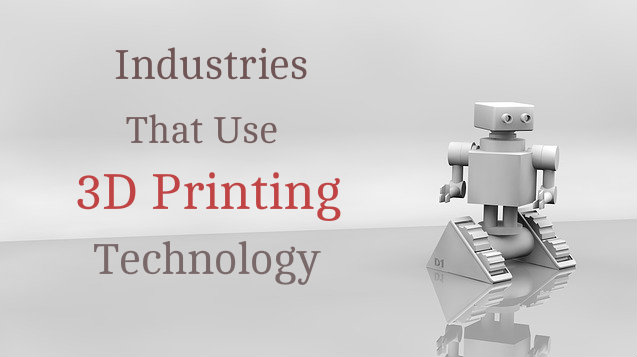 This was how SMRC’s 3D pizza printer worked: a layer of dough would be “printed” onto a heated plate at the bottom of the printer and simultaneously baked; then, the pizza base would be sprayed with a pre-powdered tomato base mixed with water and oil. Later, another layer would be added with meat, cheese, or herb toppings.

These days, a few other startups are exploring the same possibilities as the SMRC and NASA project, with food products like confections, crackers, and pasta being just some of the things that current 3D printer prototypes can create.

The advantage of carrying out food production via 3D printing is that technology can assemble virtually any kind of food from any pre-prepared ingredients, with no waste involved.

Moreover, this personalized form of manufacturing also lets consumers easily re-create healthier versions of mass-produced processed foods by allowing them to choose the ingredients to use.

After we’ve passed the early stages of 3D printing food, we could then look into new ways of mass-producing food products that reduce human waste and supply bigger sectors of the population.

Next on the list is the broad manufacturing sector, from the automotive industry to telecommunications, to liquid metal engineering.

The success was proven in the aeronautics industry when NASA tested newly made rocket engine injectors from single 3D printing devices that did away with some of the traditional processes.

In the testing stage, the rocket engine injectors put up an outstanding functional performance.

This means that precise and streamlined technology can cut manufacturing costs to as much as half.

At the same time, as shown as well from the tests of Ford Motor Company, it can reproduce individual engine parts, such as shift knobs, cylinder heads, vents, rotors, and the like, with consistency and reliability.

The benefits of 3D printing extend as far as the field of medicine, and not only in the area of machine parts to be reproduced for medical procedures. Believe us when we say that 3D printers can even help produce functional human organs.

In Belgium, an 83-year-old woman was the first ever transplant recipient of a specially-tailored 3D-printed jawbone.

Eventually, such strides will be made in medicine that human organs can be made to drastically improve the plight of those who are in urgent need of organ donors but languish for as much as a decade or more on the waitlist for a possible fit.

Last but not least, 3D printing can contribute much to the housing sector. For the handy citizens who subscribe to a DIY ethos as inspired by companies like IKEA, what could be a cause for greater excitement than the chance to quickly print parts, then build their own houses?

Only last 2017, a cozy, round home was built in Moscow, Russia, by tech startup Apis Cor using a mobile 3D printer—and the construction process was finished in less than 24 hours, costing only $11,000 total.

Moreover, in a TED Talk conducted by designer Alastair Parvain, the possibility of building houses like the WikiHouse was brought up via the provision of open-source construction kit, with a whole library of 3D models and cutting files for house parts.

Then, it would just be a matter of following the blueprints, getting access to the machinery, and custom-building a cool new home.

In all of these cases, 3D printing technology is paving the way for less manufacturing costs, enhanced quality and higher consistency in production, and the higher availability of products for human use.

For this branch of innovation, let’s get excited about the many possibilities in store!