Those who can speak another language apart from their native tongue are considered as talented. English which is by default an International language because most of international business is done in English. Country like India where both Hindi and English are equally spoken and both are nationally used language. So learn all together foreign language like French, Spanish, German, and Portuguese is considered as second language.

French is amongst the most-spoken language in the world. French is one of the leading languages of Europe and the world. Because French is an official language of many of the world’s organizations such as the United Nations, NATO, UNESCO, the International Red Cross Association, and numerous other international committees and organizations. After English, French is the most learned second language in Europe and around the globe. Today with the growth of French speaking countries in world people from all over the world learning spoken as well as written French becomes pertinent. The bilingual person attracts more opportunities as compare to other who is not. Learning French as a foreign language can be one of the great advantages in life, especially in the workplace. Living in a multicultural world, knowing a second language improves communication, language skills, and raises cultural awareness. Learning French will enable you to better communicate with French speaking employees or co-workers.

With the advent of Internet education has become both cost-effective as well as things become easily learnable. People who have excelled French language can teach French online through the blogs, websites or even by making videos. The user or the learner can be charged with fees for subscription. There are several websites working to promote French language, teach free of cost but they have their conditions. Others will offer French handbooks and programs for your convenience.
In a short conclusion it is pertinent to say that French language can open new career avenues both as a teacher and a learner. 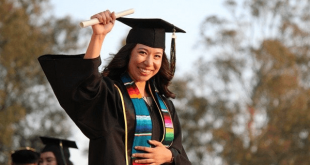 5 Benefits Of Earning An Associate Degree

An associate degree can be earned in two years by attending school full-time. It’s the …