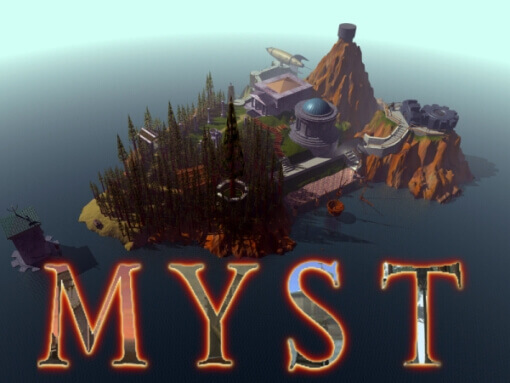 Are you looking for some exciting games like Myst to solve the thrilling puzzles? Here I have a great list of games for you.

The player who likes adventure and thrill with their intelligence has the gift of a video game-like Myst. The Myst is the puzzle logic video game to test our logical ability at different ages. The game has a first-person player to play four ages to complete with a series of logical puzzles.

When we solve the puzzle, it will take a story behind the player into the mysterious ages. The players need to solve the primary puzzle by traveling different ages and end the game in style. We have the clues to travel within the age faster and slower by zipped books and logic.

The Myst game provides four different ages with a logical puzzle. The games like Myst can improve the logical reasoning ability and fastness to complete the adventure’s mission. Moreover, These games are best suited for people not interested in violence.

Logical games like Myst are always preferable to play individually. The people who love travel to mysterious places and thriller experiences like the game most. Our intelligence to solve the problem in different satiation from the past clues gives unexpected visualization in the games.

Unlike shooting and fight chasing games, these games help find the logic to improve player IQ. These games can be downloaded and played on PC and mobile, and online as well.

Quern is the best puzzle video game like Myst. In this game, the player has entered into an Islan with no one in there. It has multiple doors and puzzles to solve. Once we solve the puzzle, the door opens, and we will enter the new places without memory.

It is an adventure game to solve mysteries with logical clues. It was developed by zedbox entertainment. We can play the game on Windows, Mac, Linux, and XboxOne. The game’s main objective is to find the right door to exit from the Island.

It is the sequel game like Myst encountering different adventures and places. We can find a way to finish the game by solving logical puzzles. This game has no violent attacks on the opponents. Moreover, It will test the logical reasoning power of the player in a different situation.

The Room is a three-dimensional adventure video game-like Myst with full of puzzles. The game starts in a looked room full of puzzle boxes. The player should unlock the box by solving the puzzles. It will take into other locations with different puzzle boxes.

The game provides an inventory tool like a lens that can explore the boxes with logical puzzles to a new adventure. The adventures, puzzle-solving experiences, and mechanism of a series of puzzles provide the best gaming experience.

Fireproof games develop the game, and we can play the game on Windows, iOS, and Android. The Room has full of boxes, and we also have inventories to open the boxes to solve the puzzles. Choosing the right tools to unpack the boxes will give intelligence in handling tools for the right boxes.

The Timelapse is an adventure puzzle-solving game. It plots with many different periods, and the player doesn’t know where he is in. The ancient places and temples are the identification marks, and then clues are available to solve the puzzle.

GRE entertainments develop the game. We can play it on Windows PC and Mac OS. It provides graphic adventure and puzzles with different logic. Moreover, it gives the best gaming experience like Myst.

Uru is the best adventure video game like Myst. It has ancient civilization in the game with many obstacles and inventory. We can choose either version. The player can choose their character with customizable designs. Everyone has different types of puzzles available in the places, such as people and culture.

We can also play multiplayer games with the best audio experience. The player can communicate with other players to solve the puzzles and complete the games. There are advanced modern ages available with logical mystic puzzles.

The game is played in windows, and an onlinev live game is also available with adventures, puzzles and multiplayer experience. Uru is one of the best PC games with the multiuser puzzle video game.

The Longest Journey is a first-person perspective puzzle-solving video game. It has mysterious twin universes with objects. The player goes close to the object and solves the puzzle will do some magic. It will take the player to different places in the twin universe with magical objects.

It is a game adventure game like Myst. In Myst players used to travel different ages find the series of linking logic to end the game with knowledge. Whereas, in the longest journey, the player is taken to different universes to travel and completes the game, after solving the puzzle. It is not necessary to finish the game. But the journey in the universes makes a thriller experience with magical objects.

Funcom developed the longest journey puzzle game. We can play the game on Windows and iOS. It is a magical-dominated game with a click-point adventure puzzle video game. The player can travel between nearby worlds are possible with the magical shifter. We can get the best puzzle-solving experience during the longest journey.

Obduction is one of the best videogame-like Myst. It is a first-person adventure game it starts from the alien attack on the player planet. They will transfer the player to an alien world. The player has to escape from the alien world by finding the way home. The path to home is available with full of mysteries and then puzzles.

The game displays the alien world with a player journey, and there are the best experiences between alien and human places. The clues available for the puzzle from those worlds guide the player to the way home.

The game is available for Windows, PC and Mac. We can play it on playstation4, PlayStation VR, and Xbox. Cyan Worlds developed it with the best logic puzzle experience. Moreover, it provides the best virtual reality experience in PlayStation VR.

The Witness is a puzzle video game. The game begins on an Island with the player alone as a player. The puzzles with logic hide the paths; once we solve them, it will take us to a mysterious path with the sequence of puzzles. The complete game has more than 500 logical puzzles.

We don’t need to solve the entire puzzle to end the game. We can process the game in two modes, such as walking from the Island and solving the puzzle or by solving the puzzles, it will take us to mysterious places and solve the next one to identify the paths.

The game contains many voice clues about the puzzle to find the right path. Even if we fail, we may have a second attempt to solve the mystery. Thekla developed the witness game. We can play this game on Windows, Mac, XboxOne, PlayStation 4, etc. Moreover, it is also available online, Apple store and Playstore.

By wrapping up games like Myst, It is the best puzzle-solving game with a different adventure. The player has visual and travel experience in mysterious places with clues to solve the puzzle. Myst like games always have new locations without old memory and try to find the way back home with clues and logical puzzles.

The games like Myst can provide ancient travel experience with knowledge to solve logical puzzles that follow the path. The series puzzle with mysteries in a different location without violent attack by the enemies help the player better travel experience.

Are you looking for sites like humble bundle? If yes, you are in the right …