Home » Technology » How To Make A Meme Free Online?

How To Make A Meme Free Online?

If you want to know about creating the Memes on your, then you may check this list of free online meme generator tools to get the job done!

Internet memes – you either love them or hate them but they are all around us. Nowadays it’s quite hard to miss a meme in this digital era because these are everywhere you can find them even in you news feeds as well.

Memes are nothing but the pictures which share a message. It often appears in the form of a funny photo, where you will start laughing, and you might share it on your social feeds as well.

It may be the funny photo, but the photo will deliver a serious message, it may be on any topic.

Now, are you wondering how to create a meme? Check some online meme generator tools where you can take advantage of. 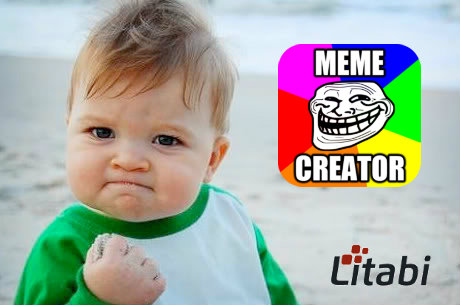 Imgur is one of the best meme generators where you can find lots of trending memes on the internet; it is the place where all the users share and enjoy the most ravishing images on the web. You can easily create your meme with this easy to use yet best meme generator app.

Imgur is having the decent editing options with the drop-down selection menu features which can be used to choose your meme out of the popular and trending memes to take them as examples and you can convert them into an entirely new meme.

Whenever you are done with your editing and other actions you can upload your meme directly to site and it can be visible in front of millions of viewers. You can easily be embedded your meme and share it around the web.

The quick meme is a tricky site where you find lots of funny and exciting memes which simply makes you laugh throughout when you think about those memes. You can simply create a meme with this quick meme.

As its name suggest a quick meme, you can create the meme in a couple of minutes, although quick meme was banned from the Reddit for manipulating the gaming voting system. The quick meme is still a credible source for meme generation.

Apart from sharing and designing memes, it is also a social network for the humorous re-crafted images around the internet.

Meme Generator was the first online meme maker, which offers quick and easy meme creating an editor. It is one of the best meme generators, and it stands next to the quick meme right in generating the new and trending memes.

You can make use of some insanely funny images as your reference or as inspiration, and you can make a most of them in this meme creating tool.

It easily allows you to browse around trending images and take advantage of them; this site is widely popular among the internet users as it has millions of visitors for a week. It’s a nice place to have some fun with memes.

Meme Center was a place for laughter where you can simply pick an image to do your own style of editing; you can directly transform your meme into a creative meme with adding a little spice to it.

With all the funny comics’ posts, epic fails and all the funny pictures which are in the meme center database. This Meme Center also has a feature to create an animated gif memes so that I can be crispier. You can easily create the meme in a couple of minutes both in images style as well as Gif memes.

The Live Meme is the meme generator online free which is having some great memes on its database. If you want to create a meme in then, you can simply create one and share it in its database.

The Live Meme is the homepage of an extensive collection of the both trending and internet memes. You can pick the image of your own choice, and you can simply create a piece of the picture which can attract lots of people.

Imgflip is an excellent free online meme generator app where you can create attractive memes in various forms like the image to Gif, gif memes; you can even create a meme out of the video with this easy to make meme tool.

You can quickly flip through the various funny image suggestions, and you can make your own meme with your creative and insightful thoughts. This tool creates animated Gif quickly.

Meme Dad is the quicker and easier meme maker which was built when the Reddit has banned the quick meme. It mainly focuses on the Reddit. Meme Dad is an ad-free meme generator where you can easily create memes without seeing any ads.

Unlike other meme creators, it never uses its watermark, so that you can enjoy memes without the watermark of meme dad. It is also having an excellent collection of funny memes.

Troll.me is another meme producer which is having pretty similar features like meme mentioned above generators. Its user interface is pretty clean, and you can quickly sort out the rising internet memes, and you can also create an own meme with you images as well.

You can get a free account to save all your creative meme work at a place, and it can be shared all over the social media. If you allow them to share or else you can keep it privately with sharing as well.

Diylol is another free online meme generator application that lets you create memes; it also had a decent iPhone app. It has ready-made templates where you can use them in your memes.

It is pretty similar to other meme creators, but the only difference is it has some straightforward and clean user interface where the page loading is quick, and site processing is smooth.

Finally, you can also use the best tool to create your own memes that is Photoshop.

Making a meme with the Photoshop is simple and fast, most of the techies always use Photoshop other than the meme generator tools to make a unique piece of editing.

If you need to make a creative and impressive piece of the image with the advanced photo editing features, then Photoshop is the best option.

What is a Meme is a million dollar question! As the technology is emerging, you can make a meme online with your humor skills. Not only the memes, but you can also create the cartoon characters on your own!

So, you got to know about the free online meme generator tools, now when are you going to start making your memes so that others can have some fun with your image.

Who might know your meme can be the next in the trending list, so make a meme online free and enjoy the movements? If you have anything to say, then let me know in comments section.