Female hackers: The unique combination of beauty and brain

The world is now dominated by the computers, the person who has the ability to perform better on the computer are ruling the world. Mostly all, the main thing like the security, development of various projects, defences, government sectors and many more things are connected with the computer world. Hackers are available all over the world to hack the computer system; they hack the computer and take away the necessary data with them. They don’t need to come physically near to your system, they can hack your system with the help of IP address.

There are various female hackers who are very much interested in hacking. Hacking is nothing but the changing of features, far away from the developer’s goals. They can break the security aspect and directly goes inside the computer.

Anna Chapman is one of the female hacker who born in Russia and settled in New York due to marriage with his husband, and later on she got divorced with him and later on she dated the prominent restaurant owner. She also called as one of the sexiest hacker. She is using her skills only for the negative reasons.

Adeanna Cooke is one of the hacker who likes to hack the website and other important link; she did it only to help the people. She was a playboy model, but one of her friends did a wrong thing with her, she posted Adeanna photo on a website, her photo was online, with her face and the naked (others body). She was not ready to go to police for complaining the same and she hacked the complete website, and from them she is trying to help others. Raven Adler is a martial art expert, who like to hack the system and she never want to be hot hacker chicks. She is the one who develops the hacking detector systems for the big giant’s federal agencies. Ying Cracker is a teacher at the Shanghai, she is not only the teacher who teaches to crack the  software  and about basic hacking stuffs but also she charges some amount from other to crack any software. Kristina Svechinskaya is one of the dangerous and the sexiest female hacker in the world; she got arrested in the late 2010 for hacking a millions of dollars from various banks in the US and the Britian. Kristina Svechinskaya is called as the beauty with the brain. She likes to earn lot money in a quick time, so she always likes to hack the bank accounts. Joanna Rutkowska is one of the hacker, but she is different from the other hackers as she likes to develop the software to protect from the bad hackers. Basically, she is in the security or in other word she is working like a terminator in the computer world. There are two different types of hackers are available all over the globe one is trying to hack the data or money from other and the other one is saving the world from such type of hackers. 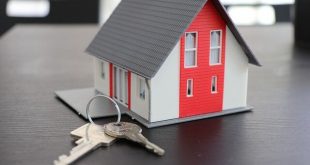 Do All Home Security Systems Work the Same?