A week ago, Facebook announced a new app, similar to the popular Snapchat, called Slingshot. Users can view disappearing images and videos sent by their friends. It is the new photo or video based messaging app that is creating a buzz among youngsters. Snapchat has found its place in every youngster’s mobile phone in the last few months. Facebook Inc, known for the most famous social networking site Facebook, has now ventured into the field of apps which lets you connect and communicate with your friends and relatives faster. Facebook Creative Labs has created the independent “Slingshot” app and the user doesn’t required to have a Facebook account to operate this app.

The Fun You Can Do

Slingshot is a messaging app that doesn’t beg you to take it seriously. The basic goal of the app is to have fun, be creative and spread love. With Slingshot you can click pictures of scenic beauty or even a weird selfie; or you could capture a video and send it to a person or a group of people.
A photograph can certainly speak a thousand words, so why not communicate with just a photograph? In case if you want to convey a message to your friend like “Good Morning” or “I Love You”, Slingshot lets you edit the image, add the required text to the image and then send it to your friend/s.

As clarified earlier, Slingshot is a fun app. You could click the picture of your petit breakfast, or luxurious dinner, your new pair of sandals, or even capture a potato face. Yes, literally anything! You can use the app to trouble your busy friends and entertain your bored friends. The app is just the perfect platform where non-photographers can share their great photography! All you need to do is be creative!

Sometimes we all click selfies and just end up looking crazy. Sometimes we notice the flaws within seconds, and sometimes it takes a long time for us to realize the awful picture that we just clicked.
We live in an era where privacy is a great issue. However, your ugly or perfect pictures are safe since Slingshot is an app which lets you share disappearing images. Which means within seconds your picture will disappear from the receiver’s screen and there is no way he/she could save it.
Further, in order to view an incoming image, you are required to first send an image to your friend. Way too demanding? Maybe, Facebook is promoting the idea of keeping the conversation alive. Although the concept and the basic idea of the two apps are same, Snapchat, however, lets you breathe. Slingshot, on the other hand, is too rigid and firm. While Snapchat lets you view the incoming messages without any inconvenience, Slingshot insists on the continuation of the snap conversation.
However, it is a very good attempt made by Facebook to let pictures do the talking.

PROS and CONS of Slingshot

• Flaunt your creativity
To shoot amazing pictures, you don’t need a Dslr, all you need is a creative mind and that’ll do the job for you. Write captions, draw stuff, edit the image and share it with your world.

• Limited time offer
Incoming images will disappear once you have unlocked, viewed and swiped them away.

• Busy? No problem
In case if you’re too busy to unlock images, then you can do the needful later when you are free to do so.

• The only possible drawback this app brings with itself is a question most people would like to ask the developers of this app. Why would anyone want to sling something back just to open another sling? This minor flaw makes the app rather irritating at times.

To compete with Snapchat app, the social networking giant launched a new messaging app, Slingshot which would allows the users to click/shoot and include text/color to share them with their friends. But, the friends would not be able to see the message until they sling back to the sender. As everyone participates, there would be more fun and creativity to have awesome experience while sharing the messages. This reciprocal idea seems to be a hot trend because Snapchat has no such feature. Slingshot has launched in United States for both Android and IOS users and soon it will be available across the world. 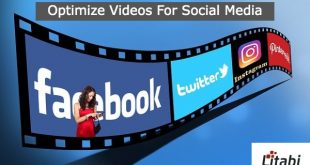 4 Easy Tips to Optimize Your Video for Social Media

Every day, millions of videos pop up in social media feeds. That’s why you need …