One of the most called for things in the world is for a class to teach people how credit cards work. However, for some reason many people are yet to learn the lesson of credit cards and now-a-days many find themselves with an immense credit card. No matter how they accrued this debt, whether it was from buying presents or just general purchases, everyone feels the weight of these cards in their pocket, especially if there is already an immense debt on these cards. So what can you do to best this “giant” interest rate? Most of the time the best thing to do is too pay the card off as quickly as possible. If you’re the kind of person that would prefer to pay $200 on the card at the end of the month, you’re only hurting yourself in the long run. If you want to get rid of the weight on your shoulders, the best decision is to pay $50 each week. While the different might not be noticeable at first, the amount owing will go down slightly faster as you begin surmounting a previously unpassable debt.

Many families often find themselves in a position where they use multiple credit cards to make ends meet. While this might be the best way to go about things at the time, it can often hurt a family in the long run. Thankfully for families in this position, consolidation loans are a very real thing. While this might have a harsh effect as the interest rate causes the total amount that you owe to rise, it will give you a single credit card debt to pay off, which will mean the possibility of paying less in the long term if you make the payments on time and as often as you can.

By consolidating these loans, families are able to often find a way to make the payments on these credit cards. This means that they have the opportunity to make ends meet while also removing the weight off the debt off of them for at least a short period of time.

The darkness of a credit card debt looming over you can often be intimidating, but by working alongside the interest rate and making your payments in a smart fashion, you will be able to conquer your credit card debt over time! 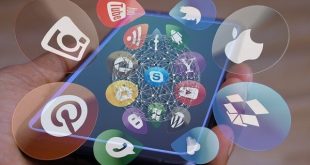 With more than 3.6 billion people using social media around the world for an average …