Best Command And Conquer Games To Play All The Time 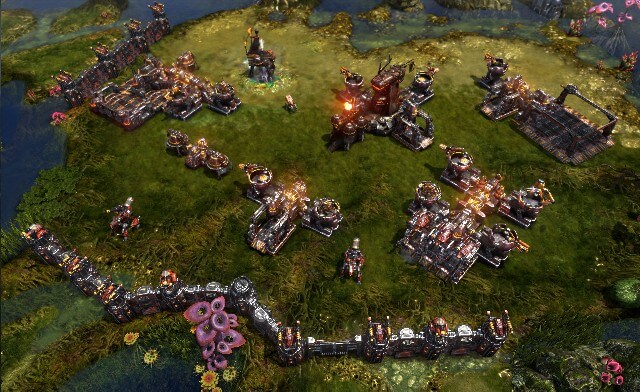 The Command and Conquer games (or CnC in short) don’t require any introduction it’s the popular type of games that you all might’ve played and loved it.

Belonging to the sci-fi and military-themed real-time strategy (RTS) genre games, they are quite a deal to play, which can make you feel like living a character. In this post, I bring you the list of most exciting CnC like games.

I’m personally a huge fan of Command and Conquer Games, now it’s been a while there has been no update on the series.

Yet, there were many games released to replace it and all of them are thrilling to play which made me practically impossible to make a list of the best among many.

Also, you know it is an intimidating process all these games are only able to view within individual perspectives only.

The Real-Time Strategy gameplay is fun, intriguing and memorable game series embraced by a keen audience that boasts a variety of themes upgrades and overhauls which can tear apart ratings that anyone had made.

Command and Conquer Games are available in almost all platforms and devices which you have with you, even though the majority can be found for the PC.

Now, let me introduce you to the best C&C like games.

There is a huge collection of C&C games for PC, but the Supreme Commander Series has been a good take away for the gamers who are into the RTS genre.

It is the sequel to Supreme Commanderreleased by Gas Powered Games and Square Enixin 2010. The game sets on a futuristic environment where the war mechanics are the robots and robot battles.

The gamer can build and control over these machines. Monkeylord, Megalith II, Cybranasaurus Rex, King Kriptor, Darkenoid are some of its kind. It has a huge collection of maps that supports single and multiplayer options.

The multiplayer game enables you to explore more of its gameplay terrains like land, air, and sea battles. The SC2 or Supreme Commander 2 is easy to understand and play even though it has large-scale RTS.

This game is available in Microsoft Windows, Mac OS X, and Xbox 360 platforms.

C&C games have been introduced early 2019’s on the Xbox One devices, while there are a lot of games existing of the same genre.

Halo Wars 2 is the best game so far that strategy fans prefer to play on their Xbox One. Halo Wars 2 has very rich graphics which can be played in 4K Ultra HD graphics with HDR, which is the best in the segment.

Published by the Microsoft Studios, the game is set in the universe of the Halo franchise in 2559 that follows the story of the crew of Spirit of Fire, a United Nations Space Command (UNSC) ship.

The game portrays you as the commander who controls whole armies of Marines, Warthogs, Scorpion tanks, and Spartans on the battlefield.

The game is fun and interesting that has received various accolades for its game strategy, build and forward-thinking. It is available for Xbox One, Xbox 3 and the Windows.

Being available in all major platforms, the R.U.S.E is one hell of a strategy game more likely to the Command and Conquer.

It sets on the Nazi Germany invasion during World War II incident, where you play as American officer Joe Sheridan controls the unit later the entire armed force. You’ll also get to lead the allied forces across Europe, Africa, and Russia in campaign mode.

R.U.S.E is available for multi-platforms like Windows, Xbox 360, Xbox One, macOS other than PS3. The game features Dolby 5.1, 1080i resolutions, can be played with up to 4 players.

The RUSE needs cracking the gameplay with brain strategy then you can just enjoy playing it with teammates. Other than the slow and sluggish starting, it is deep and exciting to play.

Also, RUSE is suggested as the Best Command and Conquer game on Reddit.

The Rise of Nations became the personal favorite to many RTS fans after been released in 2003 and received mentions like PC Gamer US’s “Best Real-Time Strategy Game”.

It starts with the Ancient age that ends after 7 different eras in the Modern Era expanding military and conquering hostile nations all over the world. The game got released to STEAM on June 2014, received over 5,000 positive reviews.

The game is much similar like the Age of Empires series where you are restricted to your territory and have limited to the map. The gameplay progresses as you explore more areas and holding them to raise your city with buildings and control the land.

With its multiplayer and dozens of maps, the game is amazing for teens and adults. It is also available for platforms like Android, iOS, Windows and Mac OS.

In 2018, the Command and Conquer Rivals was released to both android and iOS into critics by the player for being turned down its original RTS game platform. The Tribal Wars 2 is more like the C&C game was launched in 2014, a sequel to the Tribal Wars with new gameplay.

The Tribal Wars starts from building a village and expand to an empire, you as the ruler of the castle and defending your armies.

It is quite simple and elegant gameplay that revolves around building and planning attacks to conquer villages, trade goods and fight with enemies and ultimately own the world domination.

You might be amazed to know that Skirmish is a gaming mode that was first introduced in most Command and Conquer games list, more exactly in the Command & Conquer: Red Alert.

The Skirmish based real-time strategy games run in multiplayer mode with one player against one or more AI opponents.

It is also found in the games like Rise of Nations, Stronghold Crusader, Warhammer 40,000: Dawn of War Dark Crusade, Age of Empires 2, Sins of a Solar Empire, Supreme Commander and Civilization 4.

I’d recommend the Dark Crusade as the best Command and Conquer game for Skirmish gameplay which has enhanced replayability, skirmish support for all eight game modes, and the AI-controlled fractions.

These are the best command and conquer games alternatives that lead to different platforms with huge fandom and sequels. Which CnC game would you like to play? Share your views through the comments.