Are you looking for the best Canon camera with Flip Screen to buy for your vlogging (Video Blogging) profession? If yes, then you have arrived at the right place.

In this post, I have listed the 3 top Canon vlogging camera with flip screen. You may continue reading the article to identify the best gadget suitable for your requirements. 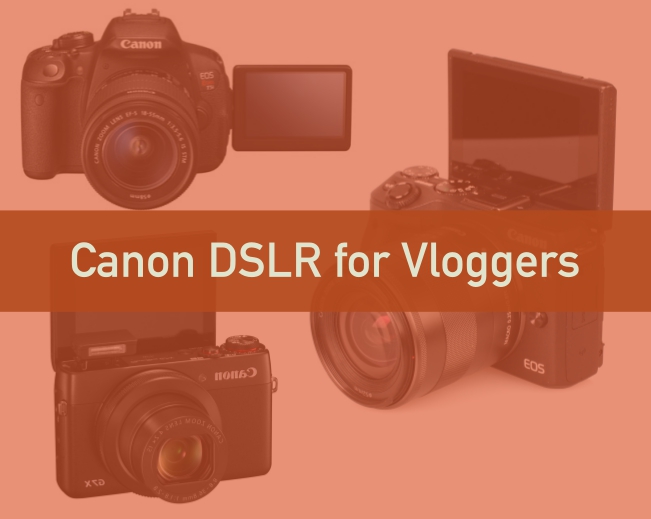 With the blast of Youtube, the number of vloggers increased dramatically. There is no second argument about the fact that there are tons of cameras available in the market.

Let’s check some of the excellent Canon cameras with flip screen suitable for video making blogging professionals. However, if you are in a hurry, have a look at the below table and choose the preferred Canon Camera with Flip Screen. 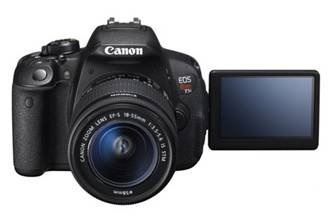 Summarizing the highlights of this best canon flip screen camera, it comes with the 18mp CMOS sensor, 3:3 flip-out 1.04m dot screen, and 9-point AF sensor and much more. If we talk in more depth, several improvements have been made in each area compared to its previous model EOS 600D / Rebel T3i.

Due to the large mirrorless models, DSLRs now have to offer more than high image quality to get in the race. When we talk about vlogging, video recording and ease to record videos is a necessity. Some users are quite familiar to compose with an LCD Screen as compared to a viewfinder. Thereby, live view performance is almost not a concern.

Have a look at the specifications of this Canon gadget 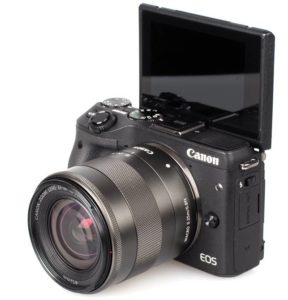 This version of canon is quite like the Rebel T6s turned into a compact version much like their PowerShot models. The canon camera with flip screen comes with the same Hybrid CMOS AF III 24.2MP CMOS sensor like the T6s; it also has WiFi, touchscreen LCD, and Digic 6 processor.

But instead of EOS DSLR and Rebel models, EOS uses an EF-M lens mount, although, the lenses can still be used via an optional adaptor. It is quite hard to figure out how to fit EOS M3 in the mirrorless charts. The closest cameras in the category (considering price & features) would be Olympus E-M10 II, Fujifilm X-A2, and Sony a600.

The issues with this Canon camera with flip screen are that you are limited to make 1080p videos at 30 frames, and Jpeg quality isn’t up to the mark. 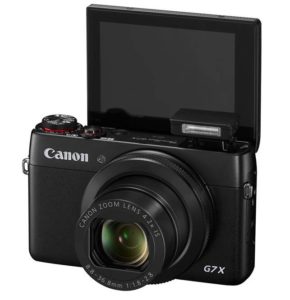 The Powershot G7 x from canon is the best vlogging camera with flip screen. I would say that it is a pocket camera with a large image sensor and fast lens.

The camera also has large multi-aspect; the sensor can capture images in various aspect ratios: 1:1, 16:9, 4:3, and 3:2 during which it maintains the same angle of view.

The sensor helps in adding up quality when in low-light, great dynamic range and depth of fields – things where a lot of cameras struggle to perform.

Canon G7 X has a very handy dial to compensate exposure. The dial is quite useful but was removed from G1 X Mk II for some reason. The camera although doesn’t come with an optical viewfinder, and you can’t add an electronic one either.

Also, the guide for using the camera is provided in compact disks only. The box only has a quick start guide; the software can only be downloaded from Canon’s official website.

When Is a Camera Suitable for Vlogging?

Ans. There are some qualities that a camera must have to be fit for vlogging.

1. It shouldn’t be heavy – up to a specific level; the weight can be neglected. But if the camera is too heavy, no one would prefer taking it out for recording themselves. So, before you bag one, make sure you check out its weight.

2. HD recording at good frame rate – This is the problem I had with my webcam when I tried recording a video. Although it was able to record in 720p, the frame rate was awful. When you get a camera for vlogging, you should get one which has a high frame rate ( since you would be moving a lot ). Addition to this, if you would be moving quite fast, like riding or doing action shots, I’d recommend you to get an action cam instead.

3. As long as you are going to take pictures with it, you won’t be requiring the zoom feature for vlogging (because most shots are close-ups). If you plan to make travel or similar vlogs, you can consider zoom. You won’t need flash as well.

4. Although it is always recommended to maintain a good lightning on the set, still you should get a camera that can perform well in low light.

5. Also, pay attention to the lens aperture. A wide aperture lens means it would capture more light. The sensor size also matters a lot; this is the reason why camcorders don’t perform quite well in low lights.

6. If the Canon vlogging camera with flip screen has built-in WiFi, it is a plus point; it would help you quickly transfer your stuff from your camera to desktop.

7. Make sure that your camera offers a jack for external microphone. Although you’d be near the camera, the built-in won’t be able to record well in windy or noisy areas.

8. Don’t look for the cheap vlogging camera with flip screen as it would never let you stand out in your career. Always opt the quality ones that are worth buying!

The DSLR won’t be coming cheap, thereby make sure you pick up the great one to get the best out of your price. Each Canon camera with flip screen that I have listed in this post perform well in their job, but still, it’s up to you.

Pick up the one that serves your purposes right. Do tell me in the comments which camera would you like to buy for vlogging?