Home » Softwares » AVG Antivirus Free 2017 – The Free Antivirus, You Can Count On!

AVG Antivirus Free 2017 – The Free Antivirus, You Can Count On!

Android operating system has really grown better since Mr. SundarPichai has taken the command of Google as he is the current CEO of the company.

Sundar is so good at his job and so focused that even the founder of Google, Larry Page has said that Pichai is doing a commendable job and will take Google even further in terms of technological advancements.

No doubt Android have really grown up to be an amazing operating system, but when it comes to the security, it appears that Android is still sort of on the back foot.

There are tons of viruses that can affect an Android operated the software, and that can be fixed with the help of latest security patch.

Yes, Google rolls out the latest security patches for its devices, but the problem arises when you don’t own a Google device which means you must wait for longer period of time for these patches to reach you. A

Another problem is the ability to side load applications which mean your device is at a very high risk of catching these viruses from external sources.

There are a lot of antiviruses that are available on the play store, and no doubt offer a lot of functionality but nothing like the AVG Antivirus which is one of the Best Free Antivirus for Android. 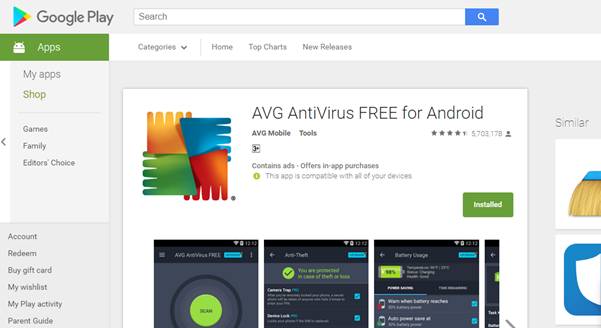 AVG is one of the most trustworthy names when it comes to antiviruses. AVG started off its journey from Windows platform and was known for its simplicity and security.

After so many years, they entered the Android marketplace with free to download application which was a pretty brave move by the company, and that is why it is being downloaded by more than 100 million people. This makes AVG the Top Android Antivirus Application.

What Can AVG Antivirus Free 2017 Can Do For You?

AVG Antivirus is a free to download application which in other words translates it to us that it is not going to be that good. Well, here is where AVG surprises its users, let’s see why? 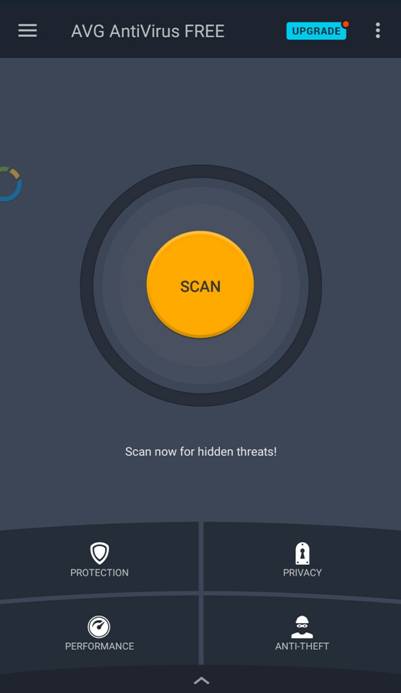 The first and the foremost purpose behind getting an antivirus is all round protection. AVG Antivirus not only scans the folders that are present in your device but also scans all the applications and games that you have downloaded. 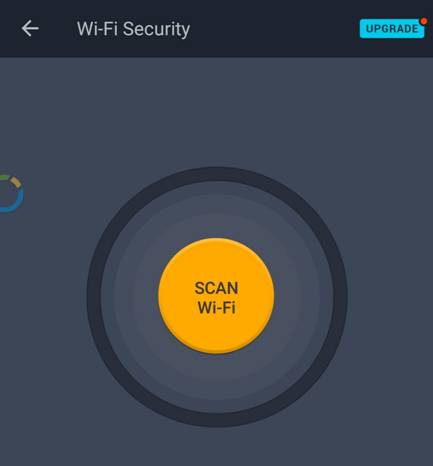 There are very few applications which allow the users to scan their network. The cellular or Wi-Fi network can technically be the most lethal threat if someone got hands on our network frequency of IP address as they can monitor our activities and can probably hack them to misuse the sensitive data.

AVG Wi-Fi security takes care of network encryption as well as the network connection to ensure that users have a safe connection established between their Wi-Fi router and the smartphone.

There are a lot of spam calls that are being made in our country. Call Blocking is one of the essential tools that most of the smartphone users use. Well, the thing is that most of them use to download a 3rd party application just to put numbers in the call block list.

Instead, AVG Antivirus can do this for us as this feature comes preinstalled in the application itself which means you don’t have to waste another few MB’s of space downloading stupid call blocking applications. 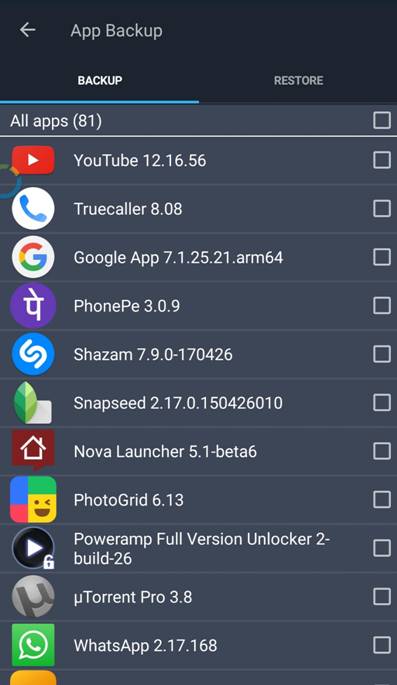 This, hands down is one of the most important features that we all have been looking for an antivirus. The paid ones offer this functionality, but AVG developers have been so kind that they have allowed users to access this feature free of cost.

There are times when we have to format our smartphones, and when it comes to backing things up, we all go to the old traditional methods of copying the data to our computers or laptops.

The problem is that applications cannot be copied to a laptop, but if you have AVG antivirus, then there is no problem in doing that as you can easily backup the selected or all the applications that are present in your device.

After successfully backing it up, you can transfer the compressed file of the backed-up data to your laptop and restore it after the formatting of the phone is done. 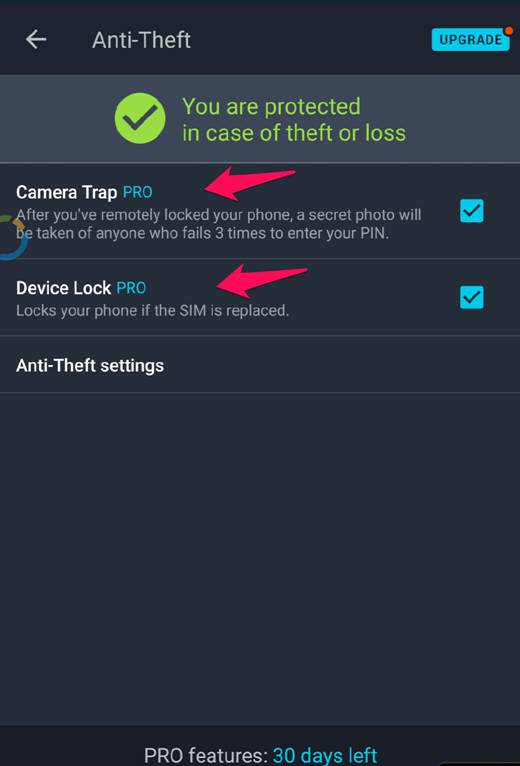 If in case you lose your smartphone, you can easily track it by filling in your details on their web portal. AVG allows users to Locate, Wipe or Lock their devices remotely.

All these features can not only be accessed using the web portal but also by sending simple texts to your device from another device.

Users can not only lock, locate or find their device but also can remotely make their device beep at the loudest pitch and this too by sending just a simple message from other devices.

The anti-theft feature of the AVG antivirus is so amazing that it can also take a picture of the person who tries to open your device by filling the passcode.

If the person fails 3times, then AVG will secretly snap a picture from the front camera of the device and send it to your registered email id along with the location and the IMEI number of the device. 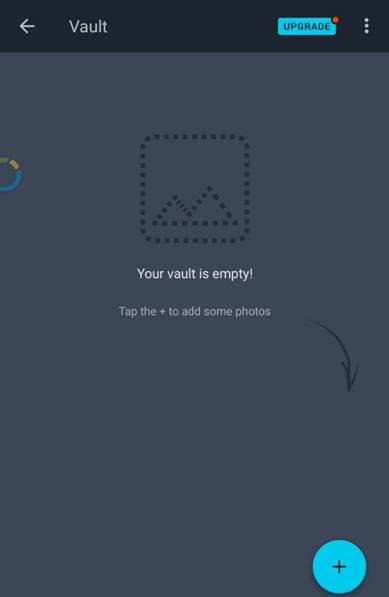 The days are gone when we used to download one application for locking or setting pin to our applications and another application to hide our sensitive data as AVG antivirus even lets you set the pin to individual applications.

If this is not all, then it also has a vault which allows users to place data which apparently will hide it from appearing in other applications.

For example, if you put few pictures in the vault, they will no longer be shown in the gallery or will not be available in any other application. 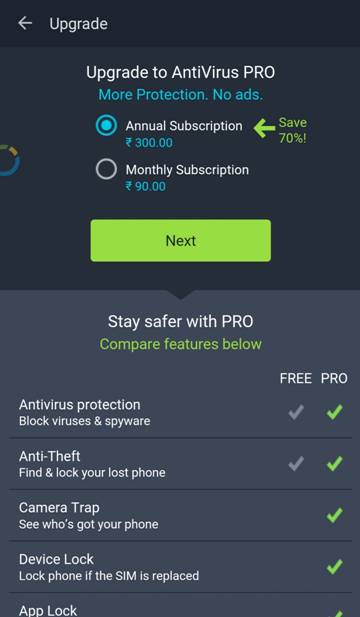 The AVG Antivirus also has a PRO version which gives unlimited access to all the features to its users. There are a few restrictions in the free version as users can access the Vault and App lock feature for the 30-day trial period.

The monthly pack is priced at 99 INR, but users can save almost 70% of the total cost by going for a year as it costs just Rs. 300 for the entire year, which brings the average cost down to rupees 25 per month.

AVG Antivirus is one of the best antivirus available for Android and the features that it offers in the free version are incomparable with the competition. AVG Antivirus Free 2017 sets the benchmarks for others to follow. 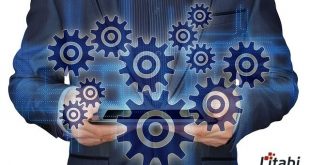 What Is Workflow Automation Software?

Workflow automation software is any piece of software that automates tasks for you. The simplest …