Top 8 Features Of Android Oreo That Everyone Should Know

We hope it won’t be tragic like Marshmallow did. We hope Google will release Android Oreo to old mobile phones as well and don’t limit it to flagship models only.

But, if you own a recent flagship like OnePlus 5, Galaxy S8 or Note 8 you will most probably get the update for Android O soon or later.

As we were saying, Android Oreo makes use of hardware to its best and gives great functionalities and possibilities to build creative apps for developers. Keeping it aside, it also provides great benefits to a normal user with its great revamped features and improvements.

Best Android Oreo Features That Are Worth To Mention

Here, on this article, I will list a few of the major features of latest Android Oreo that everyone should know. 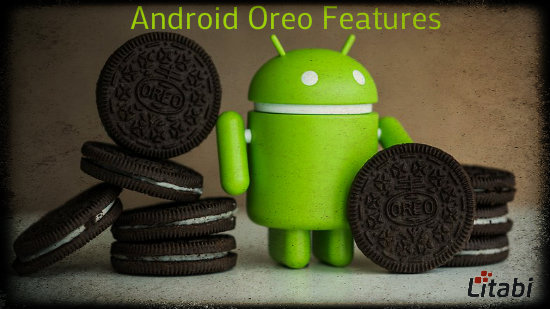 Well, Google didn’t put many efforts into the external layout. I didn’t mean they did nothing, but they have focused more on its backend. One of the most critical problems everyone faces with gadgets is their battery lifetime, and Android devices are no exceptional case.

We have seen smartphone manufacturers are throwing thousands of mAh on battery and trying to make it last longer. Companies like Asus even launched a special battery oriented smartphone series named “Max”.

But, Google clearly knows very well that merely by increasing the battery power doesn’t make it a huge difference, but it also requires some serious backend improvement inside the software.

Thus, they have geared up themselves to build Android Oreo with significant battery improvements. They are trying to achieve it by limiting apps to run in the background. And here is a quick sneak peek at what Google says in its blog post:

“These changes will make it easier to create apps that have minimal impact on a user’s device and battery. Background limits represent a significant change in Android, so we want every developer to get familiar with them“

How many of you get irritated by those annoying unwanted notifications? Now, Google made it easier to manage and gives more control for users to control notifications by categorizing them. In simple words, you can group notifications of different apps into a category or channel.

I think Google has given more importance to the user-friendly environment. If you ever used an iOS device, then you must be familiar with Notification dots on the app icons.

Now, they are integrated into Android Oreo as well, you can see a dot on the corner of your App icon, which tells if there are any unseen messages or notifications instead of a red colored circle with notification counter.

4. On The Go Video Screen Or Picture In Picture Mode

Now, Google added this feature to the entire Android system, so you can check your calendar, email or even chat on messenger while having the conversation with your best buddy on a video call or skype.

This little feature will open up a lot of advantages to the bag of developers, Google enabled Gesture control over fingerprint through their new API, which developers can use up to their potential to create new generation apps.

For an example, developers can set certain fingerprint gestures to use their apps, like scrolling or swiping left or right on the tinder, just swipe right on fingerprint sensor to find the right partner. – How easy is that, isn’t it?

Developers can now create adaptive icons for their apps. This feature is the result of tons of emerging custom UI or ROM.

Custom UIs have different layouts and designs, so to make it better looking, developers can add a different set of icon illustrators which will be used according to the UI being used on any Android Device.

There is no much improvement over the camera segment other than, double tapping for a quick 50% zoom. Google also added new Sony’s LDAC codec to their latest Android Oreo operating system.

In addition, they also added AAudio which will reduce Audio latency while using Bluetooth or WiFi gadgets along with your Android device.

Turning on your WiFi automatically after a certain time period is not a new feature at all. But, Google tweaked it a little bit to make a significant difference in terms of improving battery life, by adding location recognition system to Android Oreo’s WiFi functionality.

That means you can set your WiFi to get turned on automatically when you are near Home or Work and turn it off quickly as you move out of your saved safe locations. As a result, it will save up a lot of your battery life and could help you avoid unwanted connections.

Few other changes that you could notice, is new settings app, file manager app, and battery management layout, and they also added more storage control and also included with some cool new emojis to have a more engaging conversation.

And Autofill framework that auto-fills your saved card information, name or address in the suitable field. So, that’s all for now about the latest Android Oreo. I hope you liked these new changes or features of Android Oreo OS.